By clicking “Accept”, you agree to the storing of cookies on your device to enhance site navigation, analyze site usage, and assist in our marketing efforts. View our Privacy Pprivacy poprivacy policy for more information.
PreferencesDenyAccept

How Underserved Industries Suffer From Lack of Financial Services 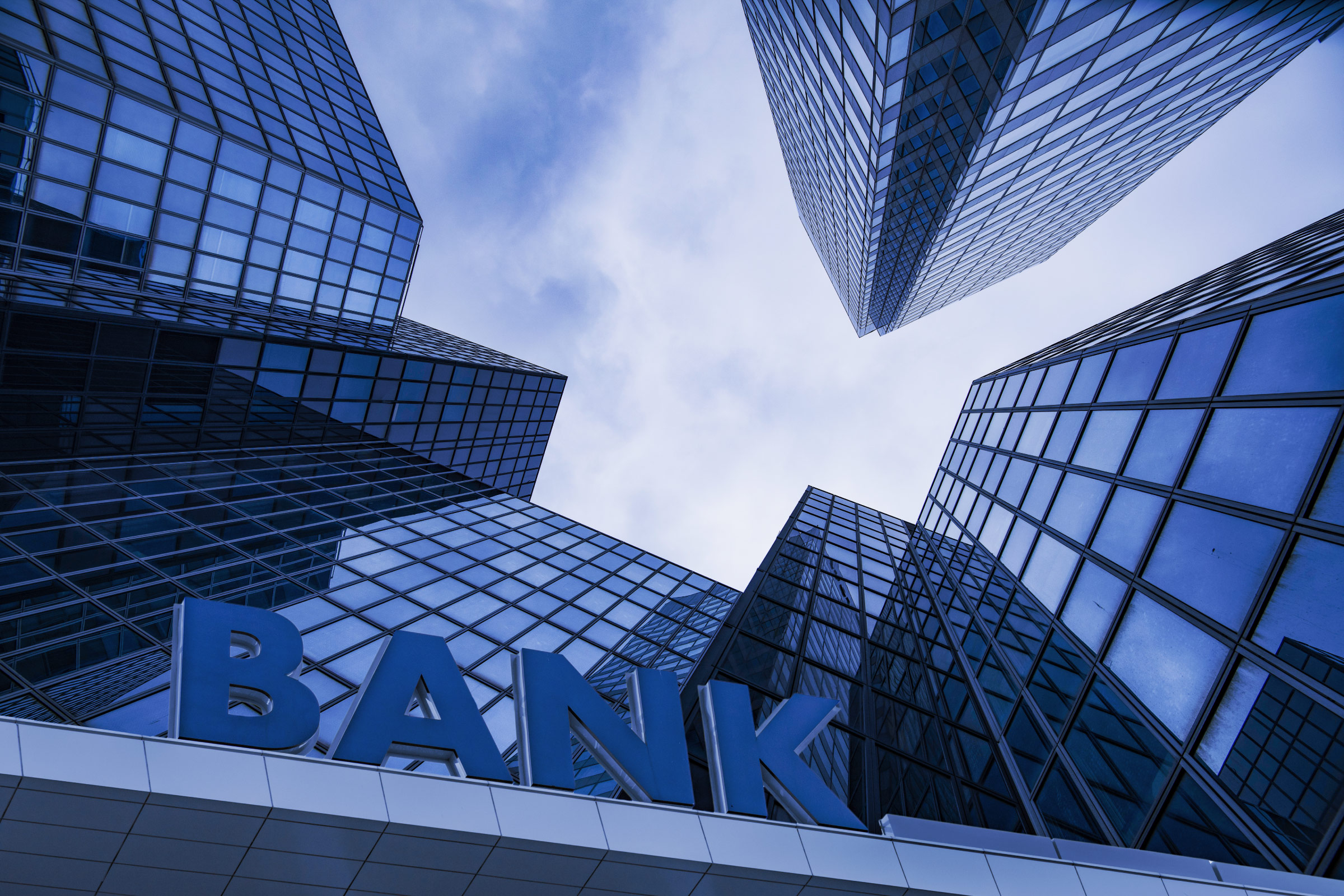 All businesses need a bank account. It’s how you receive money, pay your staff, pay your invoices, and digitally keep track of transactions. At this point in the Digital Age, a simple bank account almost seems like a human right when operating a business. But, for some industries, accessing basic financial services is the most complex part of the job.

We can’t talk about financially-underserved industries without mentioning cannabis. Though many industries struggle to establish a secure banking relationship, the cannabis industry is the most complex of them all.

Marijuana’s legal status is the main reason why financial institutions are hesitant to serve dispensaries and other cannabis businesses. The plant is legal in over half the United States, but at the federal level, it’s considered a Schedule I controlled substance. The Drug Enforcement Agency (DEA), and therefore the whole federal government, currently categorizes cannabis in the same category as heroin, LSD, and ecstasy.

Some cash-intensive businesses, like casinos, are legal on a state-by-state basis and at the federal level. Tobacco, firearms, and adult entertainment services are also federally legal, given they abide by all guidelines. Banking institutions may place restrictions on these businesses, but it’s not because of their legal status. Cannabis is legal in individual states, but federally illegal across the board. That combination makes things complicated.

Ancillary businesses, like software companies, accounting companies, and law firms who work alongside cannabis businesses do not face the same banking challenges that plant-touching companies like dispensaries, delivery services, cultivation companies, and manufacturers do. Before the 2018 Farm Bill, hemp businesses were also included in this category. Hemp-derived CBD companies struggled to find payment processors and in fact, some businesses still do. The CBD industry is still labeled “high risk” by financial institutions, but the fear of federal prosecution is no longer there.

It’s important to note that there are traditional banks who work with marijuana-related businesses. The Financial Crimes Enforcement Network (FinCEN) released guidance in 2014 outlining protocols for banks to follow when working alongside cannabis dispensaries. FinCEN’s guidelines were based on the “Cole Memo”, a memorandum released by then-Deputy Attorney General James Cole under the Obama administration in 2013. The Cole Memo basically said state-legal cannabis operations would not be prosecuted by the federal government. The Cole Memo was rescinded by the Attorney General in 2018. This sparked questions surrounding the validity of the FinCEN’s guidance if the Cole Memo was retracted.

New FinCEN guidelines were released in 2020, reassuring cannabis businesses once again. So while it’s not impossible to find a bank that will work with you, it can be a painstaking process. There’s also no guarantee you’ll get to work with your bank of choice. Plus, most banks charge cannabis businesses additional fees in an attempt to dampen their potential risk.

Many credit card processors are among the financial institutions who can’t service cannabis businesses. Limited access to a sufficient bank account forces a lot of marijuana companies to operate on a mostly-cash basis, including the dispensary. This means cannabis retail customers have to pay with cash.

A lot of marijuana dispensaries have an ATM on site to streamline their customer’s checkout experience, but the ATM often comes with long lines and additional fees. Dispensary operators are also left hanging. While your customer’s needs are better served by installing an ATM, the amount of cash on-site doesn’t change, and requires intensive cash management strategies to reduce accounting errors.

This is exactly why companies like AeroPay exist. Our marijuana dispensary payment processing solution gives dispensaries and delivery services a way to accept payments without involving a credit card, debit card, or cash. Customers scan the QR code displayed at the register, login to their bank account, and pay. It’s completely free for your customers to use and doesn’t require banking information besides logging in to their account.

Operation Choke Point was a 2013 effort led by the United States Department of Justice. It investigated banks who were thought to be doing business with certain industries. Firearms suppliers were among the list of businesses being watched. Many banks were investigated and various merchant accounts were closed. The Trump administration ended Operation Choke Point in 2017.

Despite that, financial institutions are still severing ties with firearms suppliers on their own accord. The Second Amendment is a political hot button, but firearm merchants cite their legal right to sell guns within the bounds of federal law. Second Amendment advocate and founder of Washington Public Relations, Philip Watson, goes as far as to say “Financial activism by banks is by far one of the largest emerging threats against Second Amendment rights.”

Citi Bank announced guidelines in 2018 forbidding financial services to people under 21 purchasing a gun, individuals who have not passed a background check, and retailers selling bump stocks or high-capacity magazines, an arrangement most don’t see a problem with. It does, however, restrict legally-operating gun retailers.

Authorize.net, one of the nation’s biggest credit card payment gateways, ended a business relationship with Hyatt Gun Shop in Charlotte, North Carolina after four years of servicing them. “When we approached them to do business with us, the first thing we did was make sure we were completely clear about the nature of our business,” Hyatt Gun Shop founder Justin Anderson said. “We do sell guns, we do sell guns online, and, at the time, there were no problems.” Authorize.net cites their Terms of Use as their reasoning, preventing transactions related to pornography, obscenity, illegal gambling, threatening language, illicit drugs, and the sale of firearms.

You might remember the online adult services company, OnlyFans, announcing their restriction of pornographic content on their platform. Why? According to OnlyFan’s CEO Tim Stokley, “the short answer is banks.” Bank of New York Mellon, Metro Bank, and JPMorgan, to be more specific. The wire transfers were flagged and rejected, OnlyFans’ corporate bank account was closed, and the creator’s accounts were closed, too.

Believe it or not, OnlyFans was not created as a way to distribute pornographic material. The site exists for content creators and other influential people to share exclusive, non-sexual content with their fans. Floyd Mayweather joined OnlyFans in June to share a behind-the-scenes glimpse into his day-to-day life. 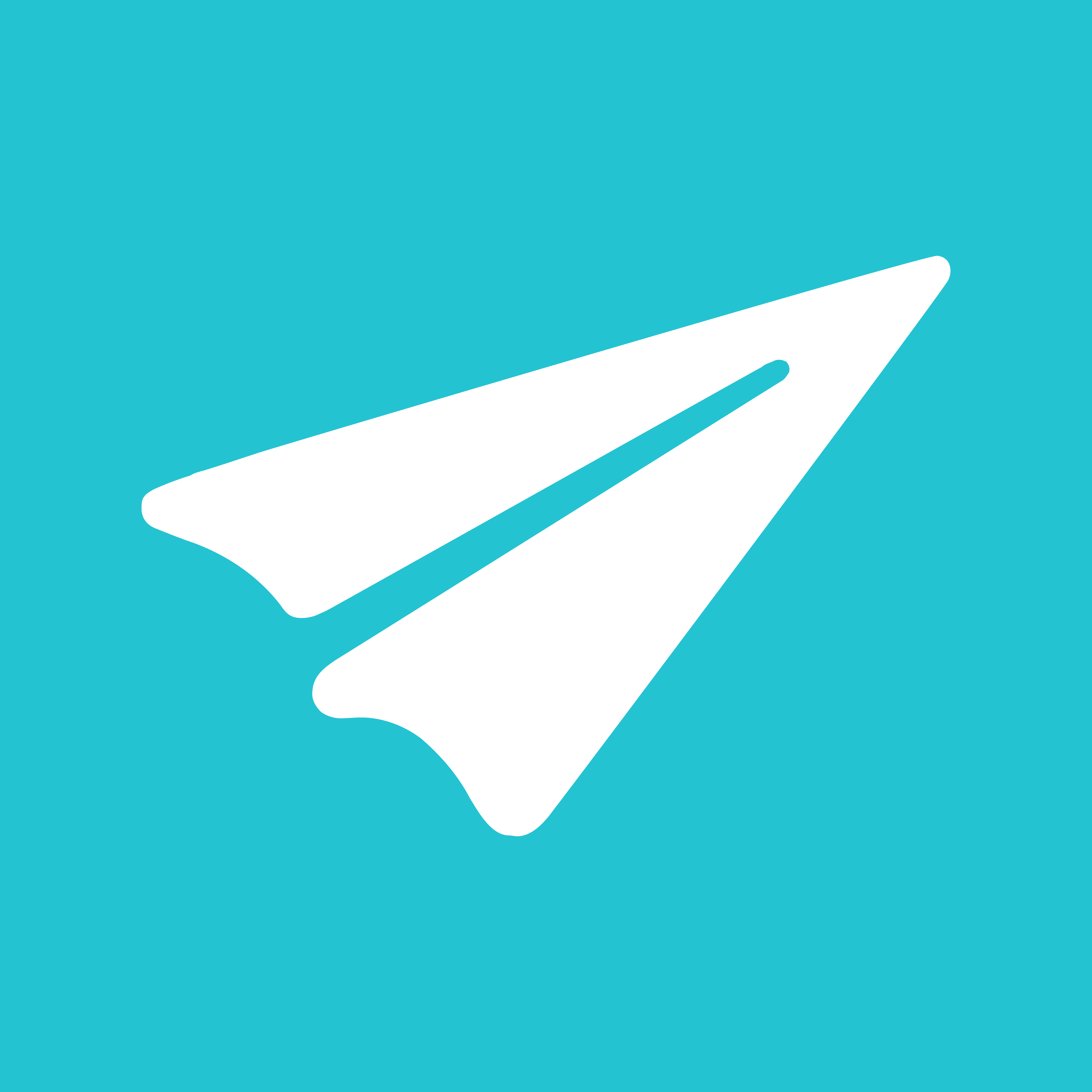 Articles written by the collective Aeropay team on various topics and subjects.

Seeing is believing and we're ready to show you how we help people move money. 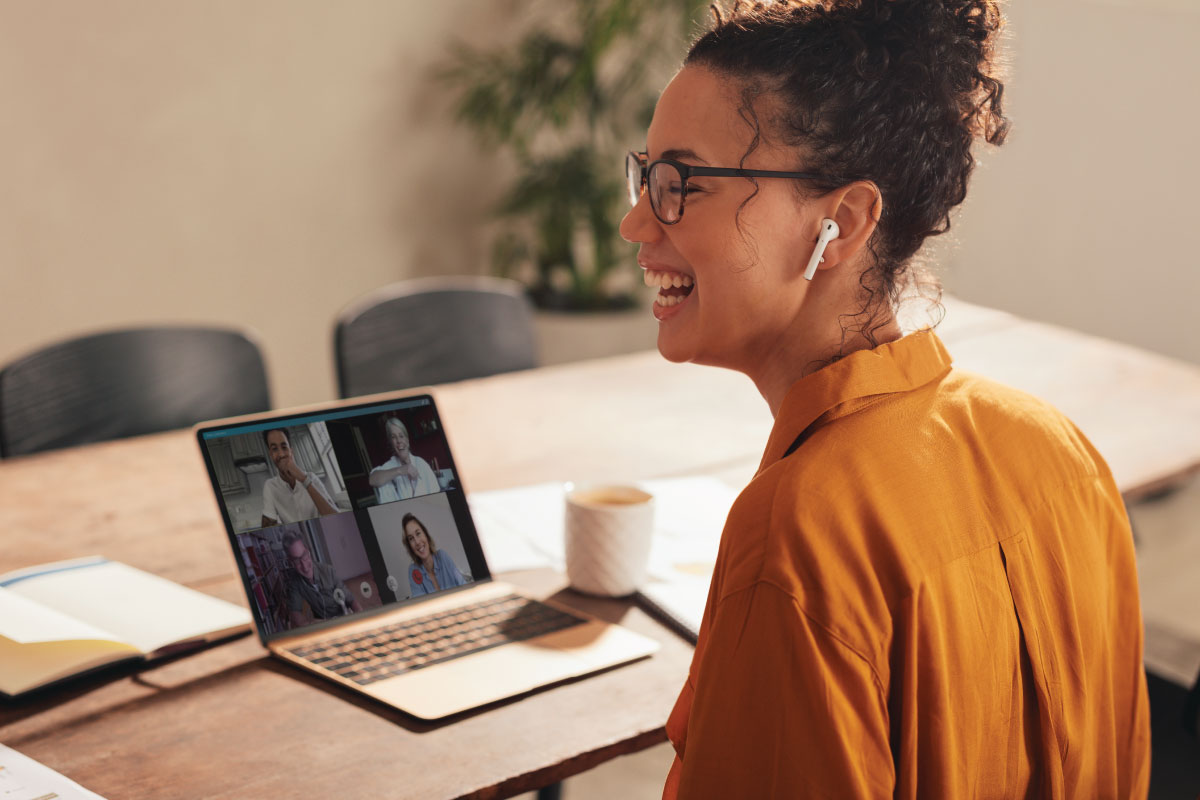 We'll talk about your big ideas and how payments can support your vision. 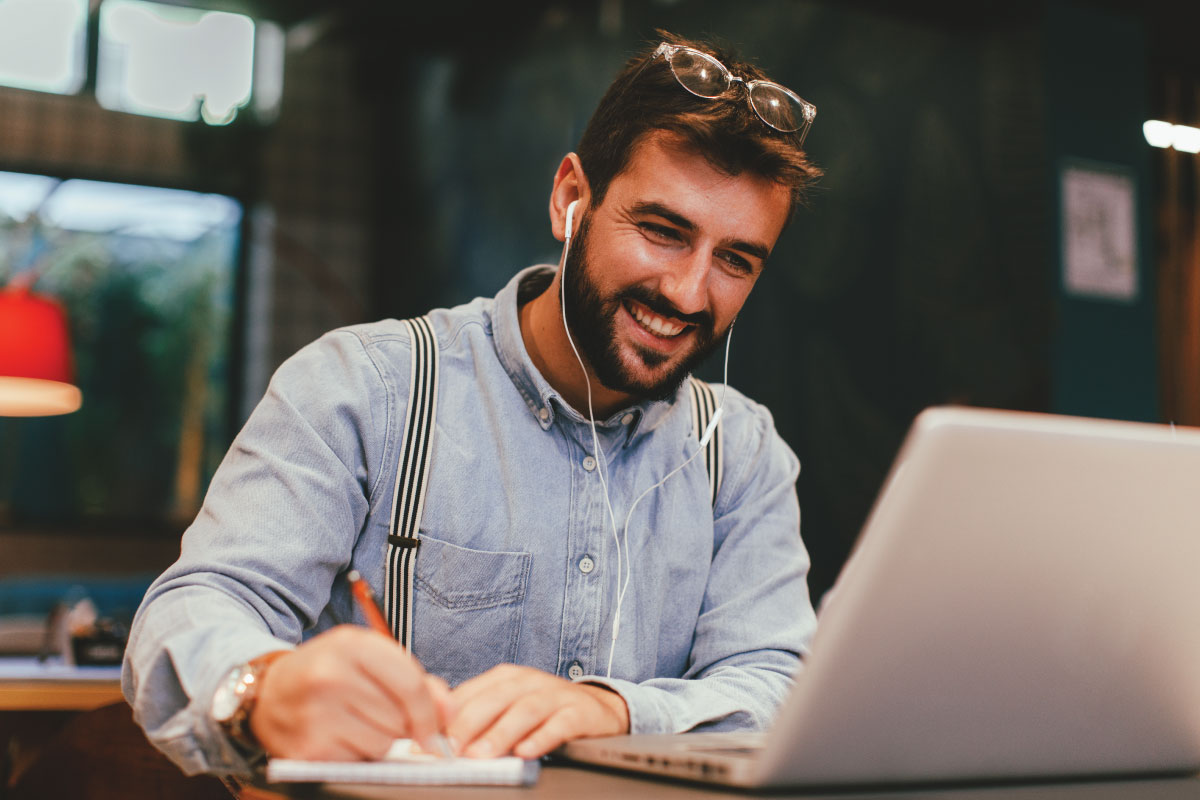 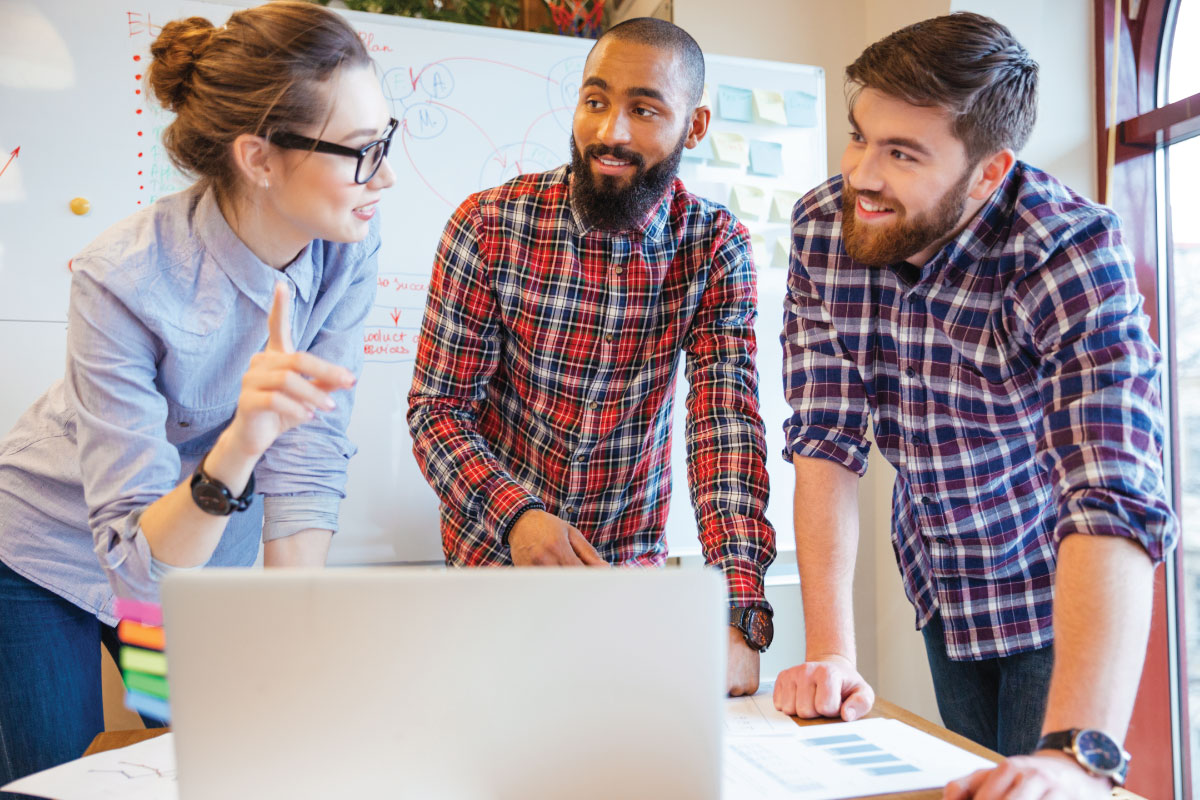